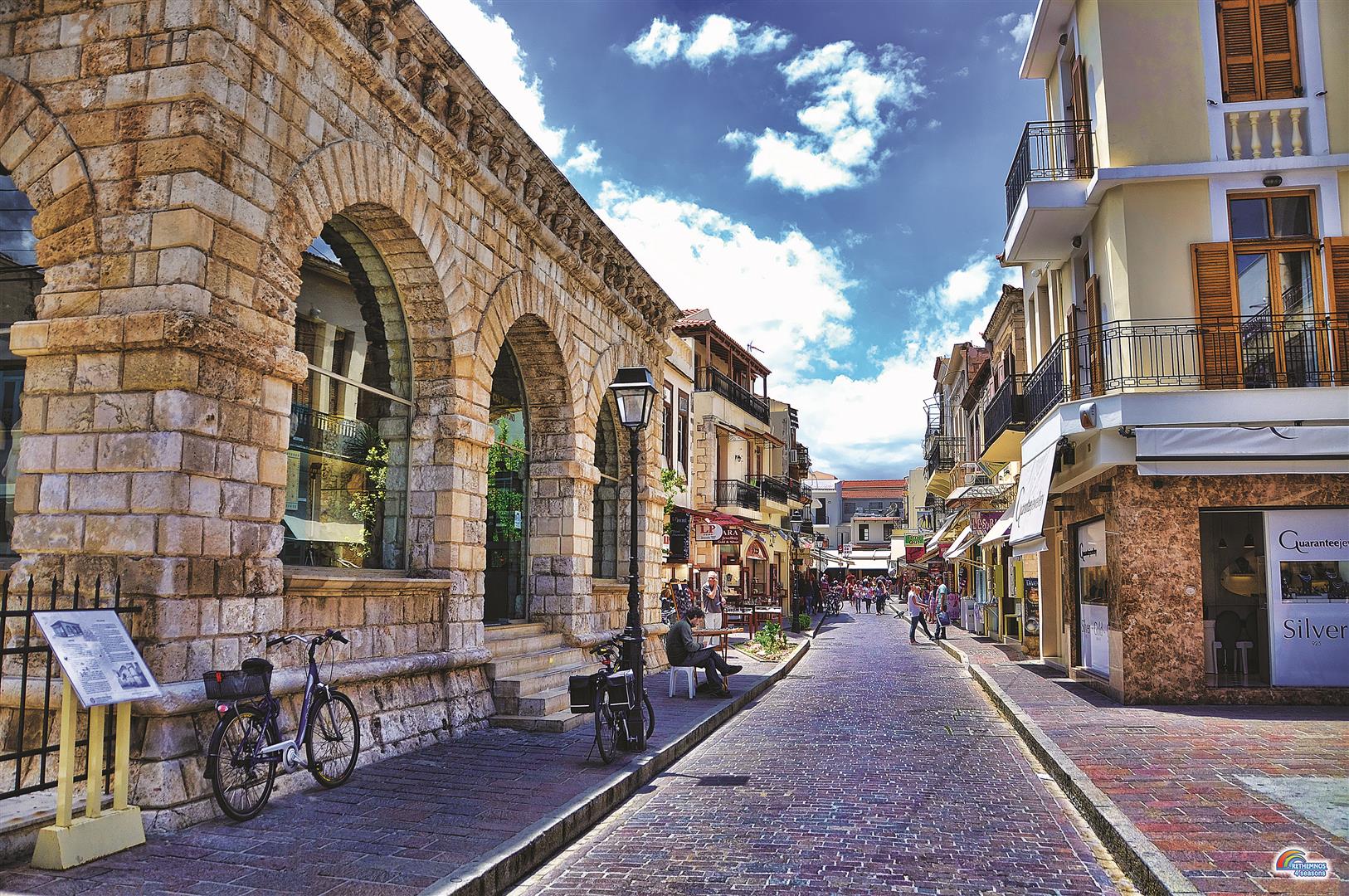 Present-day Rethymnon is built on the site of ancient Rithymna, as the finds of a cemetery of the Late Minoan period, discovered in the Mastaba quarter, show. The town flourished during the Mycenean era. In the 3rd century AD, for some unknown reason, it lost its importance, and is only mentioned as a large village. However, Rithymna retained its autonomy and independence, as is evidenced by the coins which, as a free city, continued to mint. During the Byzantine period the town continued to be inhabited, and parts of Roman and Byzantine mosaics have been found.The Venetian period, also, was a time of great prosperity for Rithymna, as the Venetians used its harbour as an intermediate stop between Herakleion and Chania, and as an administrative centre for the area.

Since 1991, the Archaeological Museum of Rethymnon (tel. no. 0831/29975) has been housed in the pentagonal building opposite the main gate of the Fortetsa. The building was constructed by the Turks in an effort to strengthen the city’s defence. Due to the different functions that it served over the centuries – until the 1960’s it housed the civic prison – its original form has been significantly altered.

Rethymnon is a blend of modern and old-time dignity and charm. It has a population of about 20,000 inhabitants and is the administrative and commercial centre of the prefecture, as well as a communications centre. It is well provided with tourist facilities and prides itself on its cultural activity and its significant presence in the general cultural life of the island, much of which is centred around the Faculty of Letters of the University of Crete, established here.

Artistic events are regularly organized, as are exhibitions, plays, concerts and lectures. Rethymnon is linked by bus with the main towns and villages of the prefecture and also with Herakleion and Chania. There is also a regular year-round boat service linking Rethymnon with the port of Piraeus, but the town also makes use of the nearby port of Souda. Rethymnon has no airport, but it does have regular connections with the Chania airport.