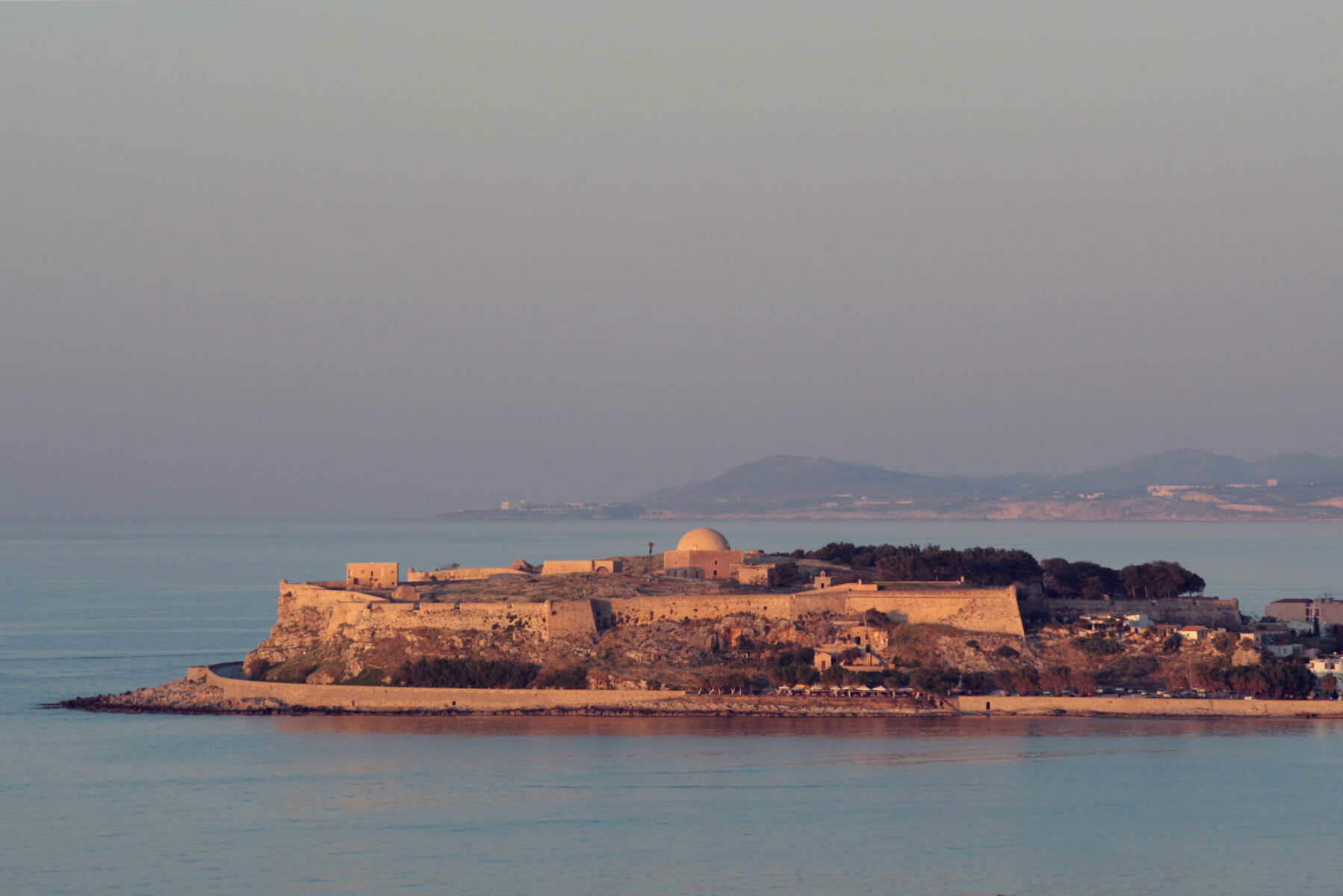 The Fortezza of Rethymnon Crete: The Venetian stronghold of Fortezza is built on top of a low hill above Rethymno Town, Crete. The hill is known as Paleokastro, which means old castle in Greek and suggests the existence of an older structure in that place. This huge fortress, with its turbulent history, was built between 1540 and 1570 by the Venetian maritime power as a bulwark against Turkish pirates.

More than 100,000 Cretans on compulsory labor and over 40,000 pack animals were used in the construction of this mighty fortress. However, the Fortezza was conquered by the Turks in 1646. After many upheavals during the next three centuries, only the outer fortifications of the Fortezza remain intact and few buildings are still under restoration. The Fortezza is visible from every part of the town and provides the visitor a panoramic view of Rythymno town.

The visitors enter from the East Gate through an impressive archway. Some of the many sights to see inside the Fortezza are the Ibraham Han Mosque, the Bastion of Santa Maria and the church of Agios Theodoros Trichinas. This orthodox chapel was built in 1899 by the Russian Governor of Rethymnon. The 20th century Theatre of Erofili is also inside the Fortezza and holds many cultural events every summer.