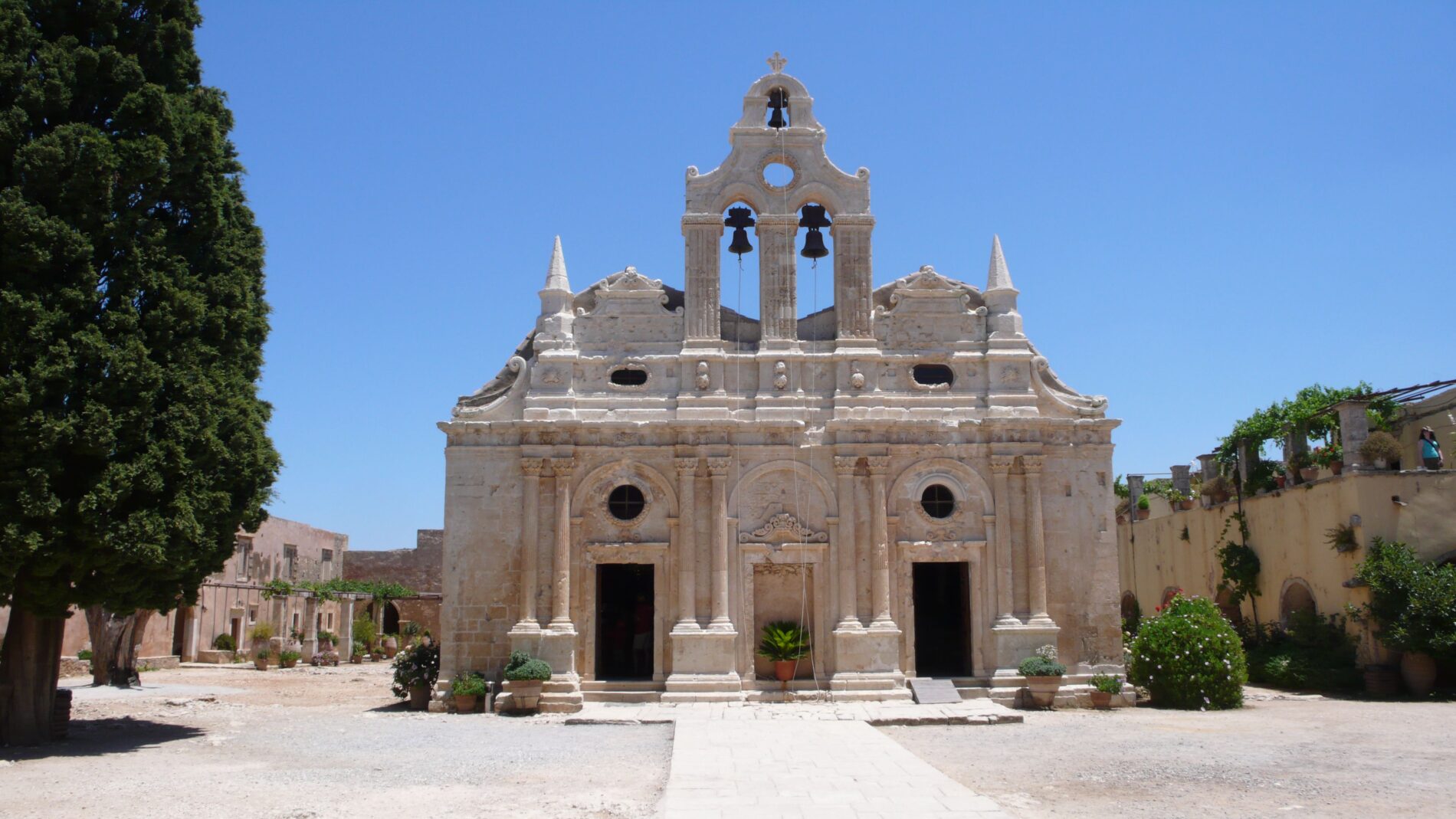 The Monastery has been a continuous and inseparable part of the Cretan history during the last eight centuries.

The Monastery multi-faceted deed unfolds in the passage of time. Sources show that the Monastery had been a centre of education and manuscripts copying. They also produced needlework embroidered with gold during the 17th and 18th centuries dazzling the whole world.

The Monastery battles against the conquerors inspired the whole world. The sacrifice of the people living and dying there, affected and attracted the attention of the rest of the world. The Cretan occupation by the Turks occurs during the prosperity of the Monastery.

The monks participate in the 1821 Revolt and play a leading part in the events. The first havoc is on the way. It is then that the Monastery is ransacked and abandoned by the monks for a small period of time. However, they return soon.

The highest offer of the Monastery is its self-sacrifice, heroism and pious altruism. It is the Holocaust of November 8th 1866. The Monastery gave its fights against slavery. It managed to shake off the traces that the enemy fiercely desired to settle and succeeded in changing the course of the Cretan history.

Ever since the Monastery bears the brunt of the history on its shoulders and continues taking part in the battles which followed the much afflicted island of Crete and strives in all possible ways to meet the expectations of its glory past.